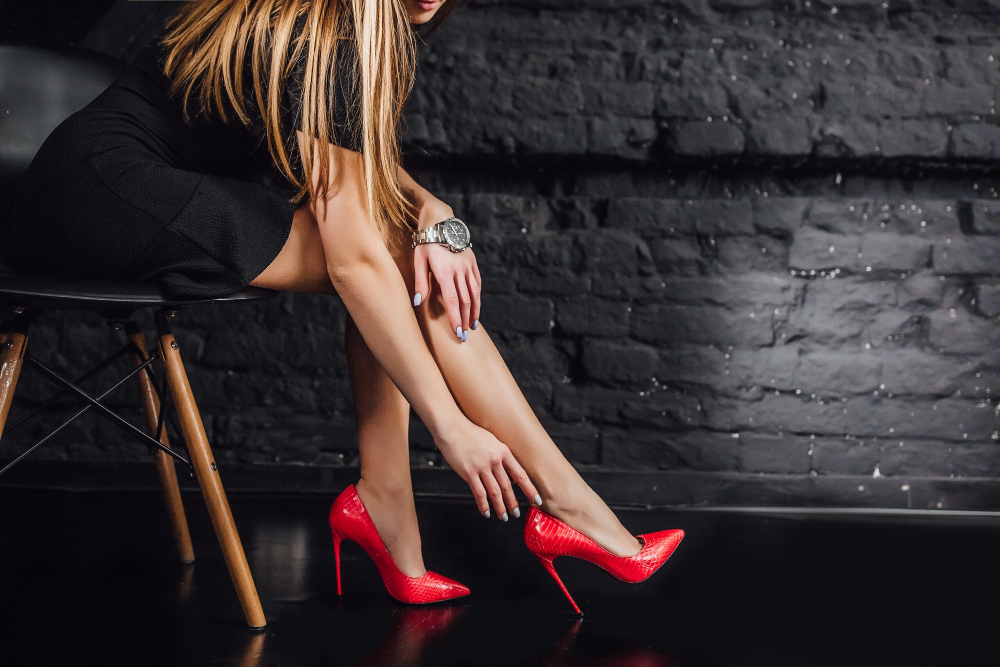 We are surrounded by things that have a rich history. For example, did you know that the Areni-1 shoe is the oldest shoe ever found? It was discovered in 2008 and is believed to be at least 5500 years old. It was a one-piece leather-hide shoe with basic construction.

However, there have been several changes in the shoe industry that have worked hard to make footwear more comfortable and supportive. Along with comfort, fashion was also considered, and that is why you also find high heels in high demand. Mostly, high heels are worn extensively by women despite them not being entirely comfortable. So, why do women wear them? Let us find out. 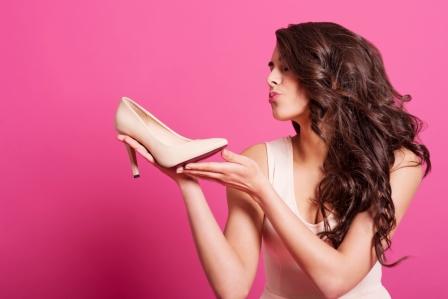 Unlike the current scenario, high heels weren’t just made for women or for making a fashion statement. They have a comprehensive history that dates back to the 10th century.

The Persian cavalry wore high-heeled boots to protect their feet. They were a sign of wealth as arrow-shooting riders used to wear such boots while riding on horses.

In the 12th century, Indian women would wear high-heeled boots. This was proven by a statue found in the Ramappa temple.

Men and women used to wear heeled boots during the Medieval period to protect their feet from the trash.

Heels were introduced to Europe in the early 17th century by the emissaries of Abbas the Great. At that point, they were exclusive to the upper-classmen. Women wore thin heels while thick heels were for men.

After the French revolution, they were associated with women.

They are considered to be a fashion statement in today’s world.

Why do Women Wear Heels?

There have been several counter-arguments that explain the discomfort caused by heels. Despite that, heels are always in demand. So, why do women wear them? The following are some of the plausible reasons: 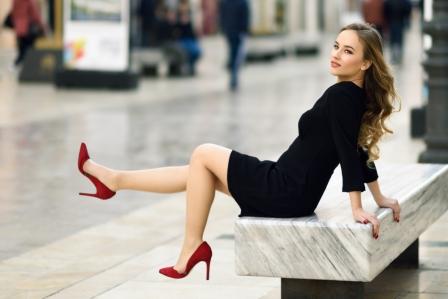 Typically, heels have a direct connection with being attractive. Apparently, heels bring about a change in foot movements. The reduced stride leads to increased rotation and tilt in the hips, making them look more appealing. 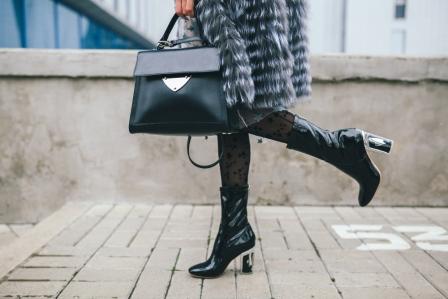 With the help of heels, women carry themselves in a better and more sophisticated manner. There is no slouching of any sort. This helps them ace the best body posture.

As the balance is required while wearing heels, women walk with their shoulders laid back and chest out. This improves their overall appearance. 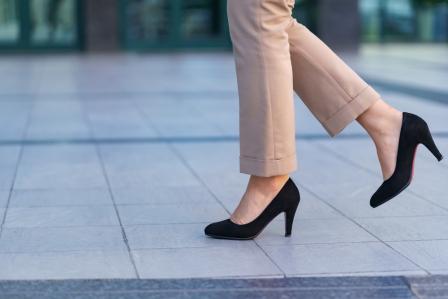 As mentioned earlier, heels were worn by men and women centuries ago. But with the change in time and people’s perception, they started being associated with females.

Heels give the outfit a feminine touch. It adds a touch of class as well as sleekness. 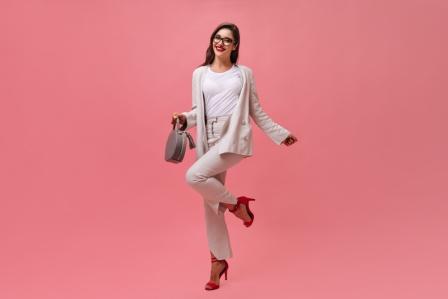 Professional office spaces require the employees to don a certain dress code. Women can make themselves look more professional and authoritative with the help of heels.

A good and sleek pair of heels can go with suits and pants, giving them an executive look. 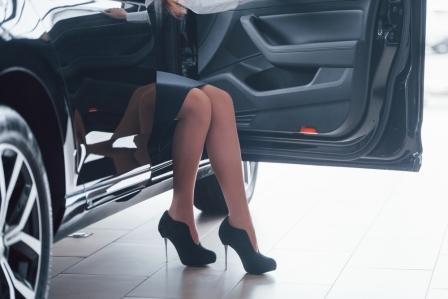 History is living proof that heels were worn by rich men and women for subtle domination. As heels were a sign of wealth and dominance, they were only worn by the exclusive public. Even though heels are more accessible now, it still helps in exhibiting power.

This is why you often see women in workplaces wearing heels. Moreover, actresses and politicians wear heels during their public appearances.

How to Deal with Foot Pain After Wearing Heels? 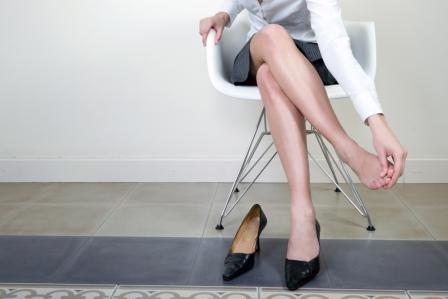 Even though heels have tons of advantages, they can bring in immense pain. However, you can adhere to the following tips through which you can relieve yourself from it:

Soak your Feet in Warm Water

Your feet might get sore after wearing high heels for hours at a stretch. You can relieve the pain by soaking your feet in some warm water. You can add some essential oils for a better experience.

If the heel pain gets unbearable, aspirin can do wonders.

Now and then, treat yourself to a relaxing foot massage to relax your foot. This will help in keeping the pain and irritation at bay.

If the pain persists, you must contact a medical professional as it could be due to some underlying disorder.

Give your High Heels a Break

Sometimes, it is best to keep the heels in the closet and wear flats. It is good for your feet’ comfort and support.

There are several reasons why women live wear high heels, irrespective of the pain caused by them. Being fashionable comes at a price, after all. However, you can adhere to the methods mentioned above to reduce the pain sensation. Lastly, the next time you go on a shopping spree, consider your comfort levels as well, especially while purchasing high heels. 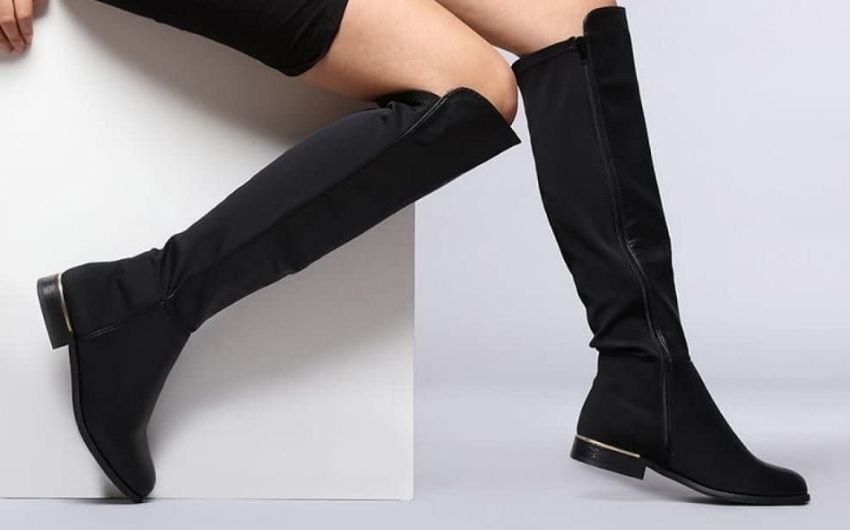 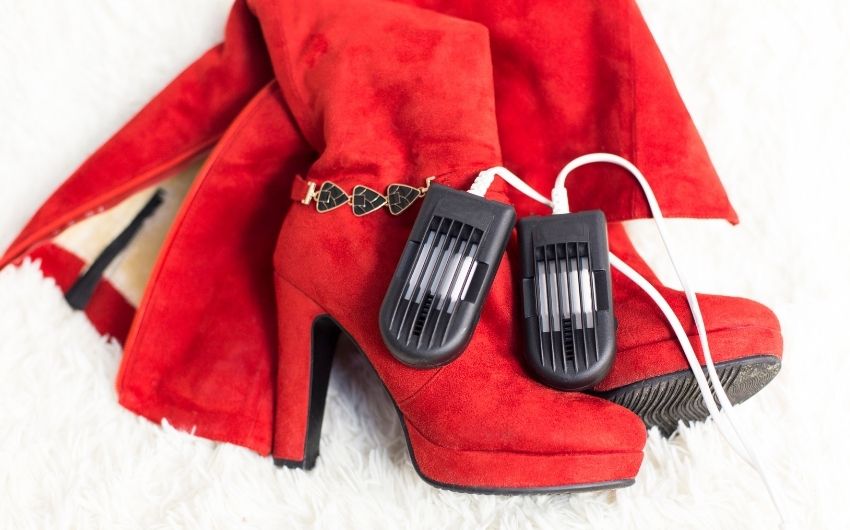